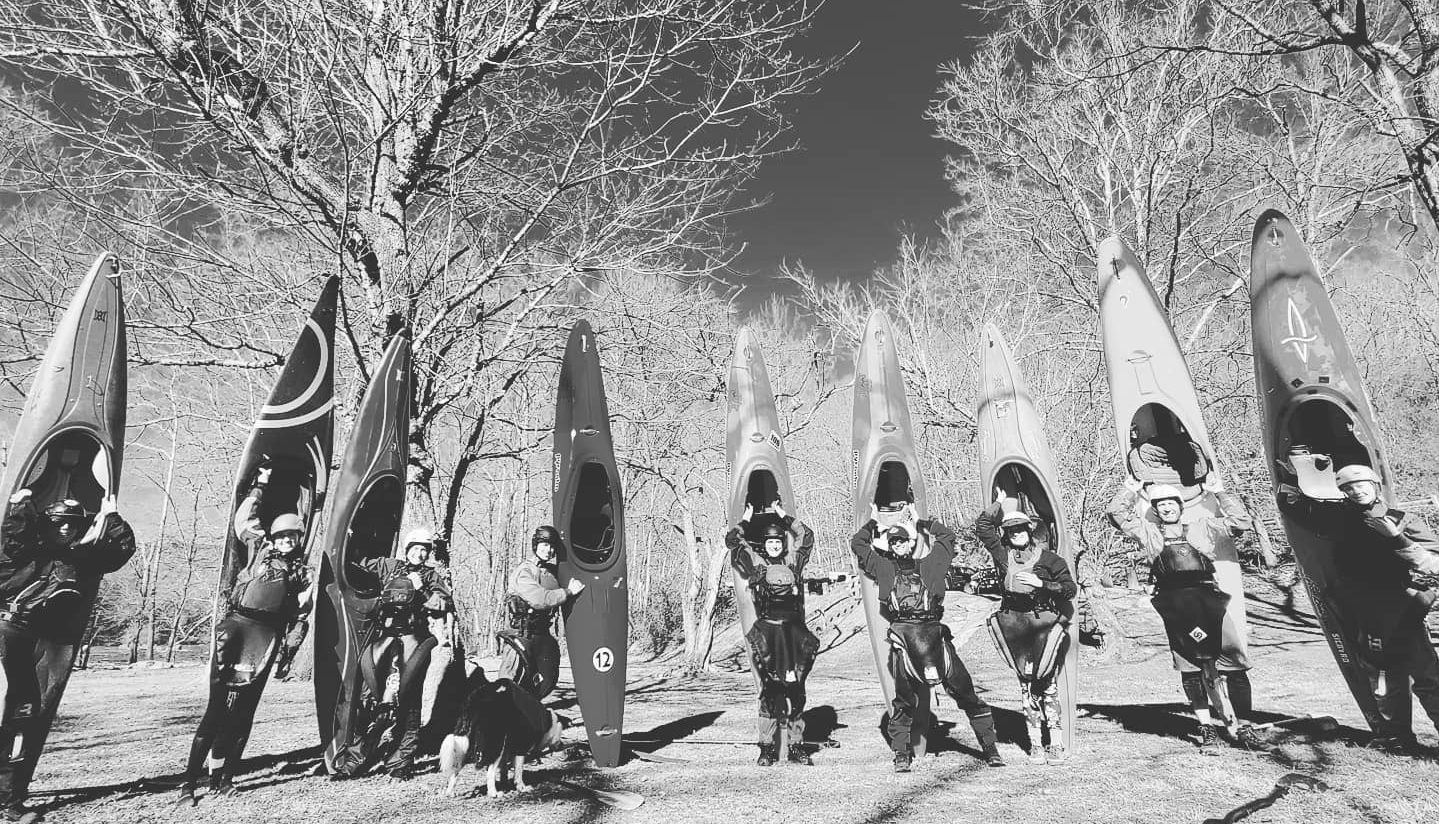 H2o Dreams is a collaboration of many voices, talents, and passions all striving for the best day on the river yet. Each member of our team brings unique life experiences and professional assets to the table, allowing us to reach individuals from every walk of life and cater to every kind of adventure. This crew of paddlers, writers, adventurers, teachers, athletes, and stewards works together to offer creative, individualized instruction to meet every kind of need.

It takes a village.

Chris Wing has been pursuing whitewater paddling since 2000. As a student at Kent State University in Kent State, Ohio, Chris’ first introduction to whitewater kayaking was through the university’s recreation program, where he learned to paddle and teach kayaking simultaneously. From that point forward, he found himself chasing every bit of river he could before moving to North Carolina in 2005 to be closer to what he loved. Now residing in Saluda, North Carolina, home of the famous Green River, Chris spends his days, not unlike those early days as a university student: chasing water, dreaming big, and teaching people to love the river. 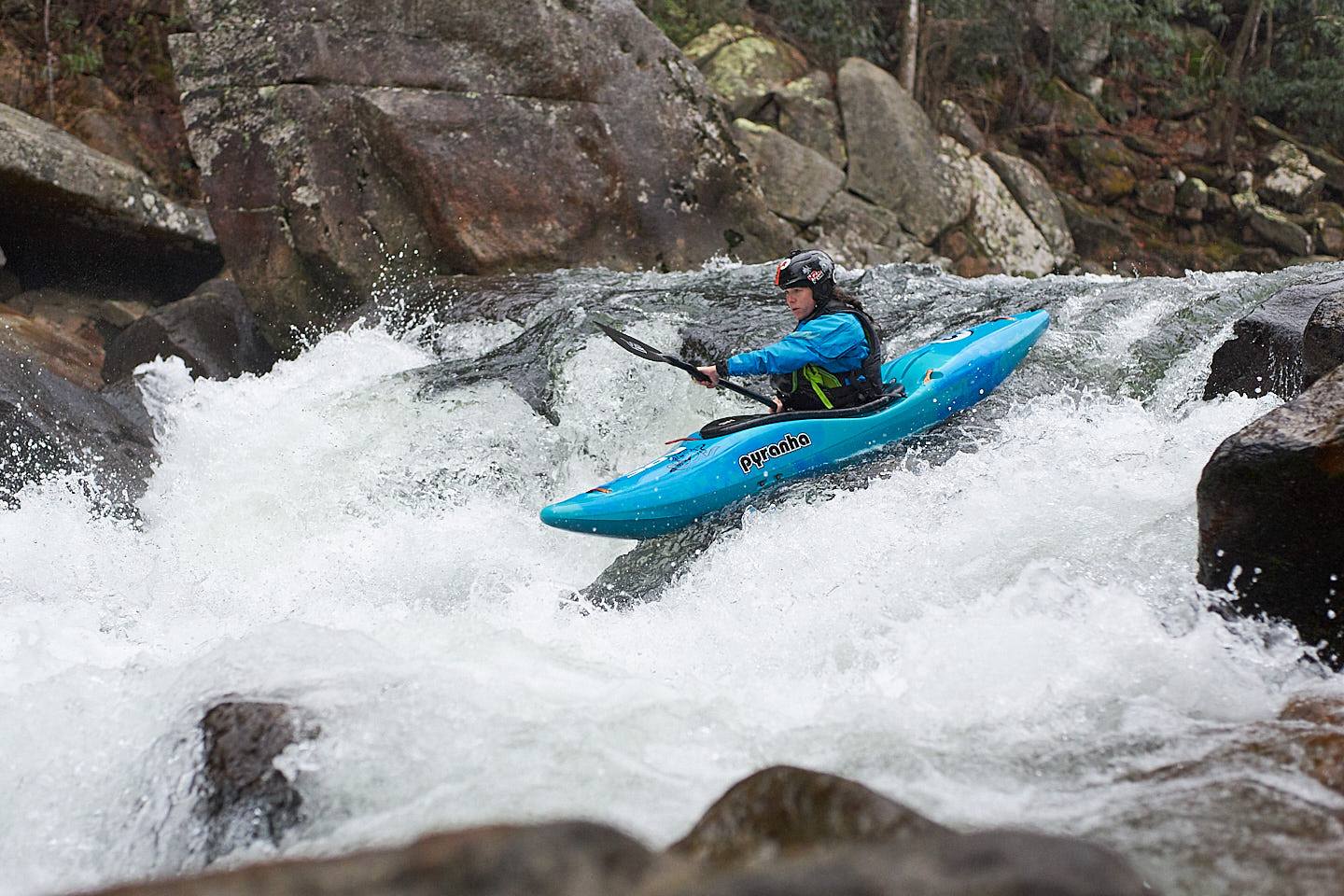 Lydia Wing says whitewater kayaking sort of fell in her lap. As a self-proclaimed water baby and lover of adventure, paddling seems to have been a natural progression, but it wasn’t until her friends and family started taking off on whitewater trips together, leaving her as shuttle bunny, when she decided to take the plunge. After learning to roll in 2012, Lydia’s comfort in water- an echo of her past as a competitive springboard and platform diver- sped up her learning curve, and she soon found herself shadowing lessons and curious about teaching. She now resides in Saluda, North Carolina, and loves having the Green River Gamelands in her backyard as a classroom and playground second to none. 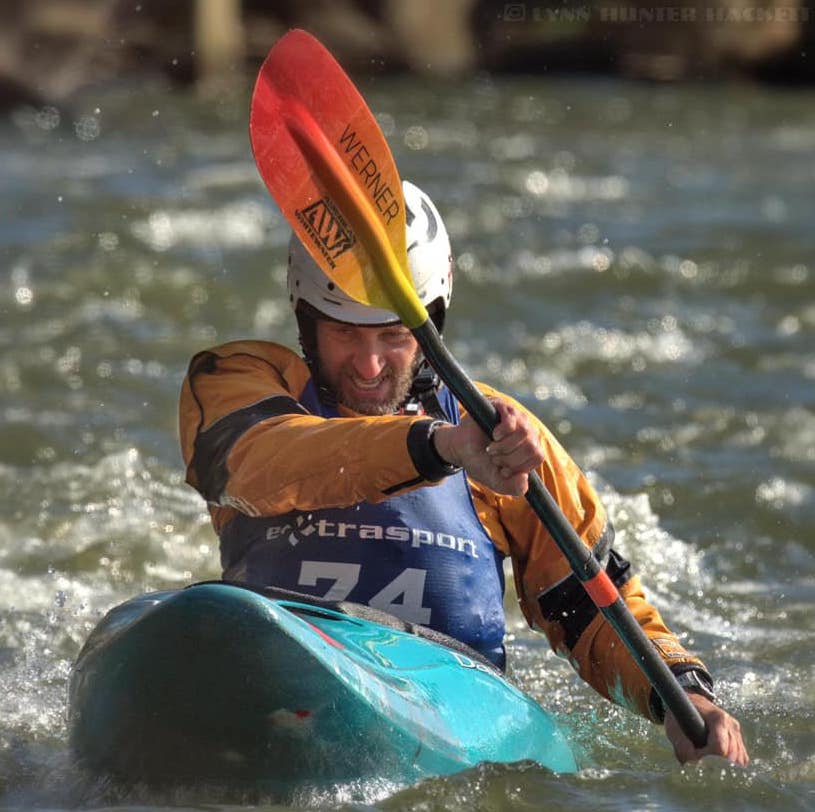 Back in 2010 his roommate bought two whitewater kayaks. Those boats sat in his garage for over a year before taken to the Whitewater Center in Charlotte for lessons. He figured it would be something fun to do to stay cool in the summertime and had had no idea that it would be such a life-changing event. Whitewater became a passion quickly and he hatched a plan where he could spend more days out of the office and on the river. Wanting to share his passion of the river, water, and nature with others; Brian started teaching on the weekends in 2014 and full-time in 2016. 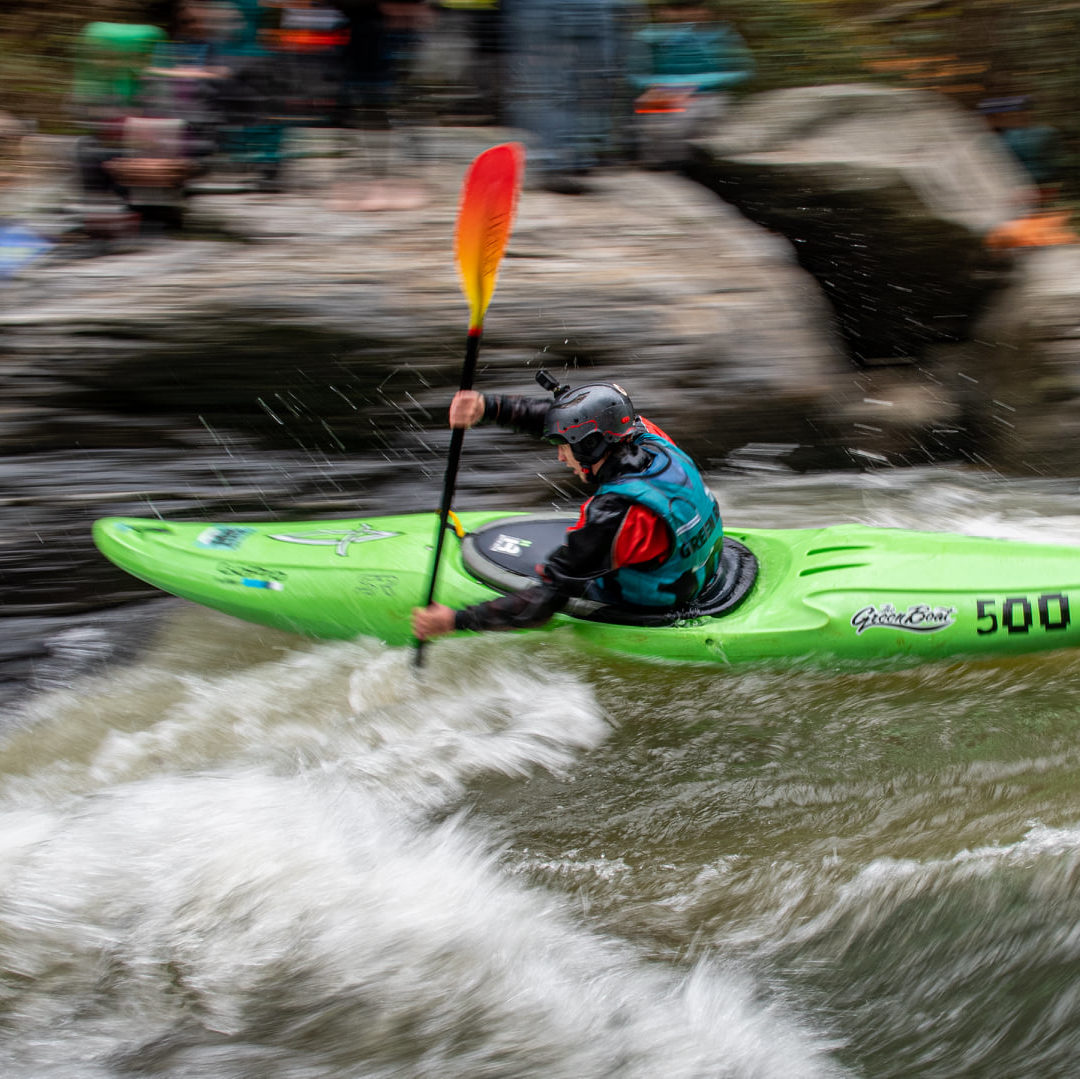 Claiming he has been in a kayak since birth, Dayton came to us as a student in 2018 and quickly advanced into a bigger role first by starting in our Jr. Instructor Program and working into a paid gig as support staff to our Lead Instructors as an IC. He is an example of how awesome youth programs can be for leadership development as he is one of the sports best young leaders. Dayton is a fixture out on the Green River Narrows either shredding a lap in his half slice or readying himself as an athlete in the fabled Green River Narrows Race. He is a product of hard work and dedication to his craft. 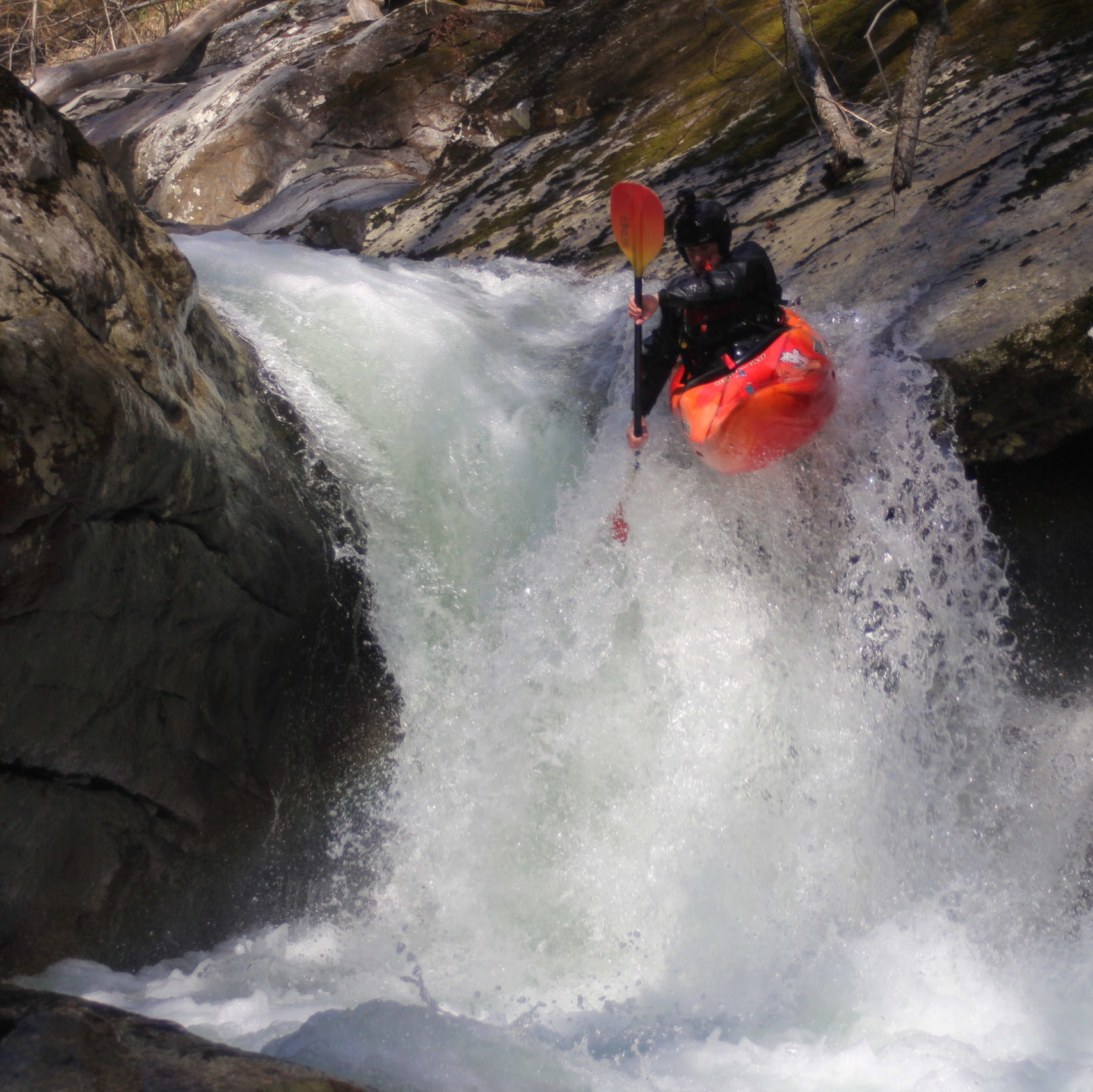 Ben, or Benny-Boo as we affectionately call him, has a unique drive that you won’t see amongst his peers. Up at dawn to catch obscure creeks resulting in long days of exploring NC watersheds are all in an average day for him. Ben was an H2o Dreams student morphed into Jr Instructor and now Instructor Counselor and much like Dayton is a fine example of successes that follow from leadership ethics. Expect to see bigger and bigger exploits from Benny as he has a motor to explore rivaled by only the best in the sport.