I finally confirmed coming to China maybe a few weeks out from the actual departure, when my flights were booked by our liaison and event organizer Jason (not his Chinese name). It was actually only about two weeks out that I finally applied for my Visa and thankfully the turnaround was quick, albeit expensive.

Fast forward to the night before my flight and I was just now wrapping my head around yet another international kayaking trip and figuring out how I can pack as little as possible so I could take most of my belongings on as carry on. This was a much bigger task than anticipated, but if you ever have traveled with kayak equipment you know how quickly the necessities pile up and how you have to re-prioritize what you take real quick.

Chris arrived at my house in Charlotte around 11PM the night before our flight; we condensed some of our luggage and we allowed ourself about 4 hours sleep for the ambitious morning we had ahead of ourselves: getting a creek boat, play boat, paddle bag, and all of our personal gear on board of a US Airways Boeing 737.

Lyd provided our shuttle at 5A with no complaint and patiently waited to hear if she needed to come and pick up any of the equipment the airline didn’t accept, which it turns out was the case for Chris’s creek boat– which is currently sitting in Charlotte, NC as I write this. He managed to finagle his play boat on with a $150 “upgrade” and the rest of our check in was uneventful. Leg 1: complete.

Our next challenge was when we landed in Newark, catching an hour long shuttle to JFK with oversized baggage. Again, not an easy task. If you want an easy time logistically, international kayaking may not be your cup of tea. The first shuttle driver didn’t dig on our get up so we were forced to book a private shuttle for the low, low price of $140. Our current subtotal for oversized D-baggage amounts to over $300 with Chris’s boat and my paddle bag.

We checked in at JFK while onlookers gawked and asked questions of what we were up to. Chris is a natural with people and definitely held the lime light. Describing Chris can be difficult at times as he can come across as kind of a jock jams tough guy, but really, the guy is a big softy. Regardless, he’s salt of the earth and an incredible promoter. Dagger Kayaks did well by hiring him to manage the team. One of the funniest things about Chris is his infatuation with personal fitness and throughout this trip I have been catching him at random moments doing yoga in odd corners of every place we visit. More on that soon as I hope to release a full series on “Yoga with Chris.”

Leg 2 was nearly complete as we waited for our flight in the concourse for Asian flights. You name it; Japan, Korea, China, Taiwan, etc. The language, food, and the culture was already different and we hadn’t even left US soil yet. This is always a bizarre experience, and I anticipate upon my return the concourse in Shanghai will largely be English speaking.

(Quick aside: I just returned from scouting out a rapid where I watched some Chinese paddlers paddling. Walking on the streets here in China is far more dangerous than most of the whitewater I have seen, and the whitewater is epically big and challenging.) 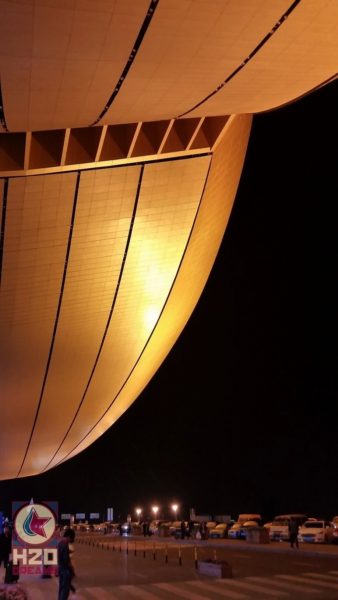 15 hours later and a flight path over the North Pole, we arrived in Shanghai to connect to Kunming for another 3 and a half hour flight. Upon arrival we met our hosts for the trip, Jason and Conlin, who then escorted us to our first hotel for a very short night of sleep to prepare for even more travel. Nick Troutman likened our travel to landing in Denver, CO and then driving to California to go creeking. Two more days of travel ahead by bus to finally reach our final destination on the Salween River near the border of Bhurma, which just recently bombed a small Chinese village. Just incredible.

I must say all of the Chinese we have encountered have been very warm in welcoming us to their country, where westerners are still kind of a oddity. We attract a lot of looks, and even more, offer nothing more than confusion with our kayaking habits and skittle colored gear; this is another world. This is another walk of life, and I am sure you have heard every opinion under the sun about China and its place amongst the developed world. I find in many ways it’s the perfect paradox and my goal for the remainder of this is not to offer my opinion; instead, I intend to stay as objective as possible.

I guess for now we will depart from the event that I was brought here to be a part of and talk about the stimulus overload that is China. First impressions of China right off the plane are polarizing. We landed in Shanghai, one of China’s largest cities, on a rainy night. We were offered no looks into the scale of the city or any clue to its unique nature. I assume I will have to save this for a return trip when rivers aren’t my priority. Navigating the terminal was much easier than anything I experienced in South America; it appeared that the Chinese are very specific as to what happens to Westerners within the confines of infrastructure. We were escorted very diligently and politely through immigration and onto our connecting flight. Security wasn’t over the top or invasive in any way, and I always felt unthreatened. In fact, the whole trip, I never felt threatened by anyone. They don’t seem to have a fighting culture, or at least they offered no evidence of being violent or aggressive. 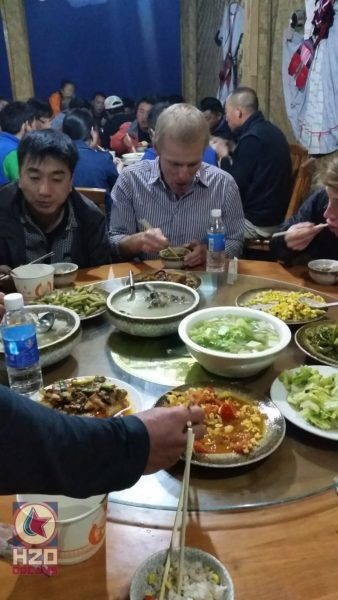 The air is thick here with smells: wonderful smells of food and spice as well as wonderfully horrific smells of a very obvious problem with waste. Human waste runs down the same drainage ditches as trash and storm runoff. There is no separation. The small 1,000 year old village I sit in currently dumps its trash directly into the street, the small creeks… anywhere, really. There is no foreseeable alternative as they are surrounded by solid rock everywhere. There is simply no where to put it. Considering it took two days of travel through more solid rock, it doesn’t seem that trash collection to take it to a land fill is a great option either. It makes sense that the river transports things for great distances and takes the problem out of sight. Either that, or the trash is burned right where it is thrown. One over the other doesn’t seem to be a priority. The wind in the Salween valley has shown its might during my visit and with it, blows dust, sand, and refuse wildly throughout the air, creating a colorful spindrift that punishes bare skin. Harsh is the easiest way to describe the climate, and there literally is no “out of sight, out of mind,” as everything that happens here is fully on display.

Food is slaughtered, cleaned, and prepared on the same littered streets as laundry is cleaned. Water, from what I am told, is undrinkable from the tap. I don’t intend to test that theory as I see plenty of hydropower stations but no visible water reclamation plants. Bottled water has been plentiful, and the empty bottles have littered the floor of our bus rolling back and forth as we weave and sway our way up and down the Salween River canyon, later to be thrown into a pile alongside of the roads we travel, I assume. I hate to think that we have contributed to the painfully obvious trash problem, but I see no easy solution.

The people stream up and down the tight crowded mountain streets by foot, motorbike rickshaws, and huge trucks or buses, many of which do not have a hood covering their precariously powerful motors. All of these images are so raw and carved into my mind like a fresh cut; once I leave, I know that the memories will heal with time and only become distant like many of the scars I wear on my hands from years of paddling, not reminding me of one particular instance but instead of a feeling of a time and a place.

I can’t help but feel that many people who are living like this wear their experiences in a similar fashion, like a scar telling stories of a distant memory. Meanwhile, as Westerners, we walk through merely as spectators, bringing with us our creature comforts from home to help cushion the experience of being in such an alien place. Our hosts for the event treat us like celebrities and put us on an ivory tower of selfies while the residents of the villages we pass through look at us in our space suits as we probe the waters of the Salween Valley.

Back to the event for now.