In the past, H2o Dreams has focused mainly on instruction and education. But we’ve gotta eat sometimes, right? We’re spending much of our day broiled in thought behind the computer or getting on the water to keep our creativity and passion fresh… so we’re hungry. And at H2o Dreams, when we get really hungry, we sometimes get angry and when those two forces collide we encounter a force we affectionately refer to as hanger.

We are large perpetrators of this terrible and undue condition called hanger at H2o Dreams, and it can only be prevented by taking important steps in meal planning. It is because of the fragility of us all under the cruel star of hanger that we bring to you our weekly photo report, What’s Cookin’. Dirtbags have to eat, too.

We’re spending the day in the office today but catching up with a friend for an evening paddle. In light of the onset of a new chapter, I have also taken up running again after a (muffled admission of time off) long sabbatical from general fitness. That said, we’ve got to stay on top of what we’re eating as a team invested in health and responsibility. We bring to you one of the easiest meals you will ever make, and probably already have. 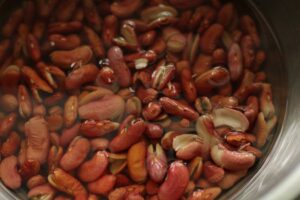 My new obsession is dried beans, legumes, and lentils. These babies are packed with nutrients usually buried in high sodium and preservatives in the canned versions PLUS they’re cheap and cut down on waste. That’s my favorite part. Right now, I’ve got some red kidney beans soaking so they’ll be nice and tender for a jump in a warm pan tonight… we’re bringing the lentils along for the ride, too. These tiny food friends come in a variety of colors (red, green and brown) but I can usually only find green lentils and normally only in the “international” aisle at a regular grocery store. For inquiring minds, there’s a general store in the Huntersville area that will satiate your every lentil need if you’re looking for variety. Don’t forget your avocados, either. Avocados are packed with antioxidants and anti-inflammatory qualities, which we need a lot of as paddlers with pesky and sometimes recurring injuries or pain. 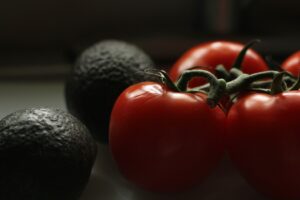 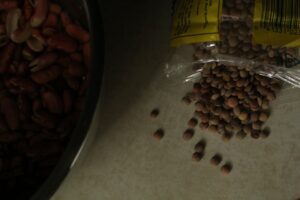 Also, note our cilantro! This is a bushel that I bought at the store on Saturday, and I think it looks even better than when I bought it. The trick is sticking it in a jar with some water for the stems and covering it with a plastic bag before putting it in the fridge. You might have to change the water every few days, but that handful of cilantro that I usually had to throw away from wilt and browning after just one use can now last us weeks if I remember to keep an eye on it. Try adding it to your morning scramble or even your lunch time salad for a spruce up. 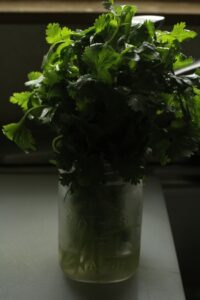 I won’t bore you with a simple recipe because I seldom follow the instructions to a T, anyway. Here’s a few pointers for yummy, quick, and satisfying wraps:

I know I’m new at this, but I promise I’ve got more up my sleeve than rehydrated beans and tortillas. Stay tuned weekly to see what we’re cooking and filling up on… we hope to keep you healthy, happy, and hanger free both on and off the river!

I learned to roll in February of 2012 with little intention of applying the skill to whitewater. My background in competitive athletics, however, left me anxious to test my skill in the unpredictable and dynamic environment of whitewater once I got rolling down pat in the pool... it has been quite the journey ever since.  I have been extremely fortunate to come up in the sport of paddling while allowed to maintain a virtue I hold true in other areas of my life, too, in that "we are the company we keep." Surrounded by talented boaters, instructors, and encouragement, I have had the opportunity to grow through challenges and success while being lifted up by a great group of people. Because of that, I have been able to fall in love with kayaking as it takes me to big water, steep creeks, and beautiful waterfalls throughout the Southeast and now, into South America.  I continually pursue a fuller and deeper connection with my natural environment through a greater understanding of self and my place on the water. My role with H2o Dreams is an evolving one that allows me to push myself as a paddler, instructor, and creative mind; I love to document and reflect on my experiences with the river through writing, photography, and video.